Eagles Palace has its roots firmly planted in traditional Greek hospitality and the unwavering ethos and ethic of the Tornivoukas family.

It all started in 1925 when Konstantinos Tornivoukas founded Mediterranean Palace, the first luxury hotel in Thessaloniki. A few decades later, in 1962, Konstantinos’ son, George, and his wife Ismini, developed the CITY HOTEL, another prime property in the centre of Thessaloniki. However, the pride of the family lies in the luxurious 5-star Eagles Palace, founded in 1973 in Ouranoupolis, Halkidiki a mere 4 km from the gates of Mount Athos which is known for its spiritual ambiance and majestic grandeur. Named after the symbol of Byzantium and Orthodoxy, Eagles Palace is pillared in its mesmerising location with monastic architecture and in perfect harmony with its natural environment.

George Tornivoukas’ son, Konstantinos and his wife Lena, took over the reins of the family business in 1999 and have meticulously honoured the traditions and principles of the past ever since while focusing on building a sustainable future during renovations and various other projects. 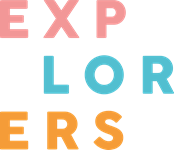